The first thing I noticed was that it immediately got my sons into “animal” play mode. They opened their mouths wide and played “shark”.

The Imaginext Mega Bite Shark definitely gives encourages imaginative play. Expect some stories and a show that you will sit and watch for almost 30 minutes. This toy keeps kids busy for almost hours and as they explore the different features they will be more and more intrigued to explore.

The main piece is the big shark which fits perfectly into a child’s hand between 3 and 8 years old. The shark is then accompanied by smaller features including, a cage, a scuba diver, and other accessories.

All the accessories are flexible and your child can move them around as the play. For example, the cage can be easily opened and closed and it has enough space to fit the scuba diver inside.

The best part is that it comes well packaged and as you remove all the parts, everything is still intact. There’s no need to assemble any pieces. It’s ready to play once removed from the box.

One thing the kids didn’t notice at first was that the shark has wheels at the bottom allowing them to push it around or back and forth on the floor like a moving vehicle. Under its body, there is an opening that allows your child to slip his or her hand inside and push it on the floor. This also then allows the shark full movement. The tail and the mouth move from plus the mouth makes the motion of opening and closing simultaneously. To open up the shark’s mouth wide, you’ll find a red button at the top of the shark which can be easily pressed down for motion.

One thing I wasn’t pleased with is that on the box it states that it is not intended for use in water. Being a shark, my kids instantly associated it with the sea and they wanted to put it in water. For about the first two days I said no, but I have eventually given in and allowed them to use it in water. So far everything is still working well but I will be limiting and monitoring them to avoid excessive use in water to avoid internal damages overtime. Overall, I would recommend the Shark, for two reasons:

1) The price is reasonable considering its size, quality as well as added accessories.
2) I’m all about children imagining a different world as a form of learning and this does exactly that. 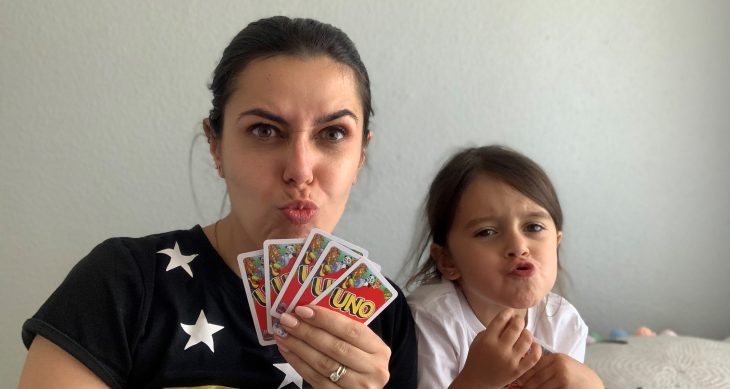