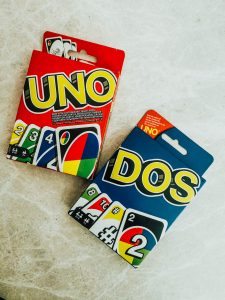 Uno (Spanish for “One”) is a specially printed card game that has been around for a long time, with 2011 marking its 40th anniversary.

Since its invention, Uno has sold more than 150 million copies and is available in more than 80 countries around the world.

UNO has a secret! At the beginning of the game, everyone is dealt a card face down. They can look at it, but it has to stay face-down the whole game and then becomes the last card you are allowed to play to win the round. Gameplay continues as usual until one player gets rid of ALL the cards in their hand. They then yell “UNO” to indicate they are down to one card (the “Secret” card). On their next turn, they have to be able to play their Secret card to win the round. If their Secret card doesn’t match the discard pile (or isn’t a Wild card), they have to draw a card from the Draw pile and keep playing.  If they can play their Secret card, they WIN!

Get ready for some hand-slappin’ fun!  With this rule, you play UNO® like normal, except whenever someone plays the EXACT same card as the top of the discard pile (for example a Red 2 on Red 2), everyone races to slap the Discard pile. Once you slap it, keep your hand there and the last player to get their hand on the pile has to draw 2 cards!

We want to help keep your options open. Which UNO set are you playing with today? . . . #games #UNO #cards #GiantUNO #familytime #KeepPlaying

No, you don’t need small appendages at the end of your arms for this rule, everybody just starts with three cards in their hand (instead of the usual seven).  The action will come fast and furious, so be ready to yell “UNO” when you’re down to one card!

When it comes to UNO, big hands mean big fun. Players start with 12 cards each and the rest of the game plays like regular UNO. Games may last longer but that’s where the big fun comes in!

The object in real Golf is to get the LOWEST score, and it’s the same in UNO® Golf.  After each round, whoever doesn’t win has cards left in their hand.  Count those cards and keep them in a running tally on a separate sheet of paper.  For example, Brian wins a round and Sally has three cards in left her hand so you mark three cards for Sally.  Do the same for all other players (except Brian, who won the round) and then start another round.  Keep playing, and when any player’s tally reaches 50 cards, look at everyone’s tally and whoever has the FEWEST amount of cards WINS!

UNO® has a new way to play and Bingo is its name-o!  Simply print out the UNO® Bingo sheets from https://www.mattelgames.com/en-us/cards/uno and distribute one to each player. As you play, if you can pull off an achievement such as “Play a Zero” or “Reverse a Reverse” and it matches a square on your sheet, mark it off!  If you’re the first player to get 5 in a line or all 4 corners, you WIN!

Right back atcha!  When someone play a Draw 2 card on you, if you have a Reverse card of the SAME COLOUR, you can play it and the penalty bounces back onto them!  Now they have to draw the penalty cards!

Just like the name says, when you play a Wild card and choose a colour, you may play a card of that colour card on top of it!  Normally you would have to wait until your next turn, but you can play this card IMMEDIATELY! Normally when you don’t have a card in your hand to play, you take one card from the Draw Pile and that’s your turn.  But with this rule, you have to KEEP DRAWING until you draw a card that you can play.  Will it be one card?  Five cards? TEN cards?!  You’ll have to keep drawing to find out.

This version keeps the game moving lightning fast! The game plays as usual, but at any time, if a player has a card that EXACTLY matches the discard pile (Yellow 7 on a Yellow 7), they can play it IMMEDIATELY even if it’s not their turn.  This can go on until no one has a card to play, then play continues from the last person to play a card. Why Pictionary Air should be on that must-have list of games!

The game, Pictionary was created in 1985 (can you believe it?) so the game is even older than me. While I let that sink in… The game was created to liven up social parties. It is one of those games that you play with friends and family over the holidays or when you are just […] 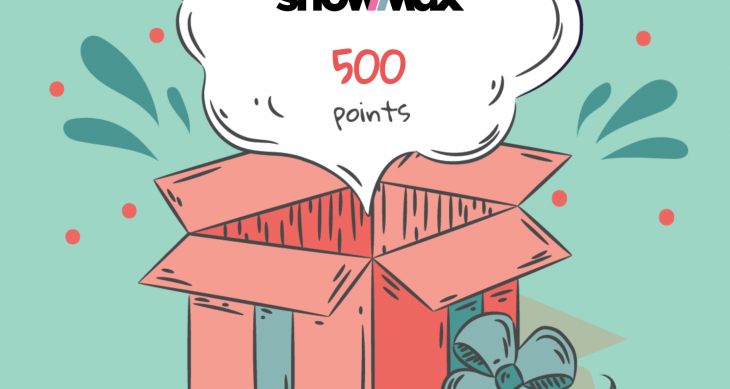 We are excited to announce MomSays Rewards i…

One thought on “Discover 13 Creative New Ways to Play UNO”